Today is the last day our group will walk together. Gloria, Javier, Raul and his two children will stop in Astorga to continue their Camino at another time. Monica will spend Easter weekend in Astorga and then walk further to Santiago, while we will continue walking.

It’s Good Friday today – Easter is celebrated in many countries around the world this weekend. There were so many pilgrims on the road today; many of whom is our old Camino friends, but we also noticed new faces we have not seen before. There is just something special about being on the Camino during Easter weekend. 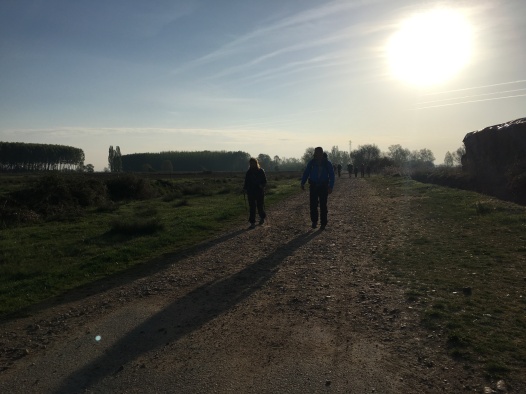 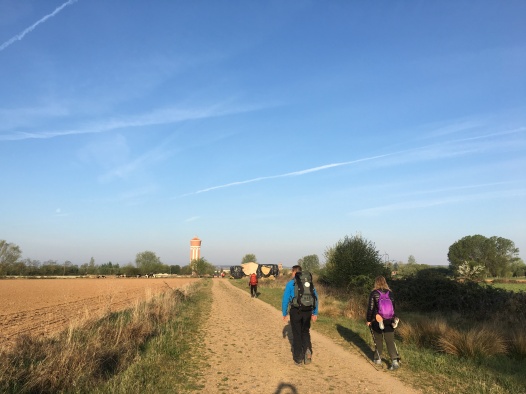 It was only a short stint, about 7km, before we reached Hospital de Orbigo. We decided to enjoy coffee and sweet pastries at a café just after we crossed the magnificent medieval bridge. 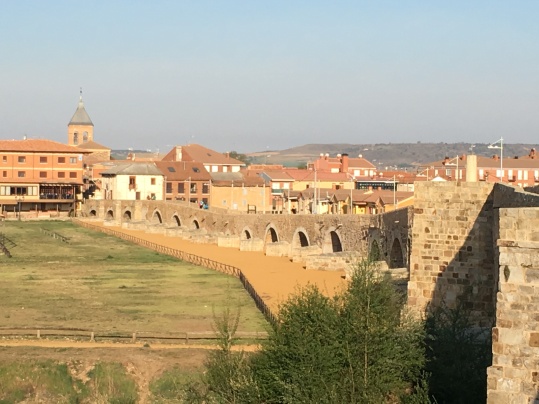 One of the longest and best preserved medieval bridges in Spain, dating from the 13th century. This bridge leads into Hospital de Orbigo 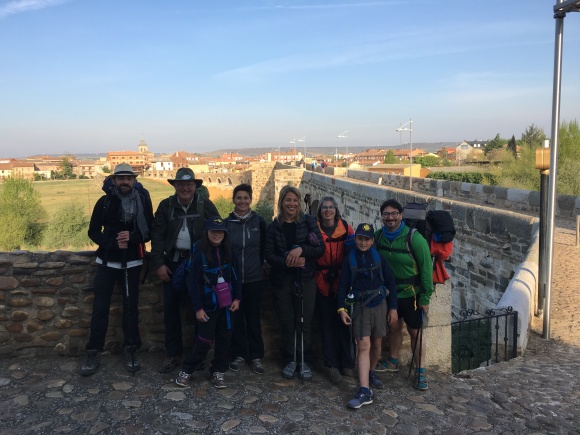 I don’t know whether it was because it was our last day together as a group or the beautiful scenery, but months later, when thinking back to our Camino, I always remember this day very clearly. There were days that it was great to walk alone, but on a day like today, it was magical to share with other pilgrims.

The road was exactly as I have pictured the Camino all these years. Long, winding gravel roads with almost unreal calmness and liberation. 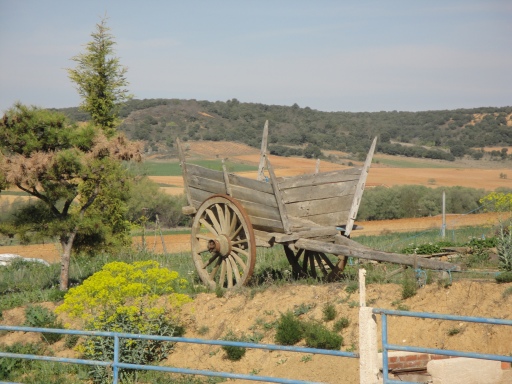 The beauty of the Camino – on our way to Astorga 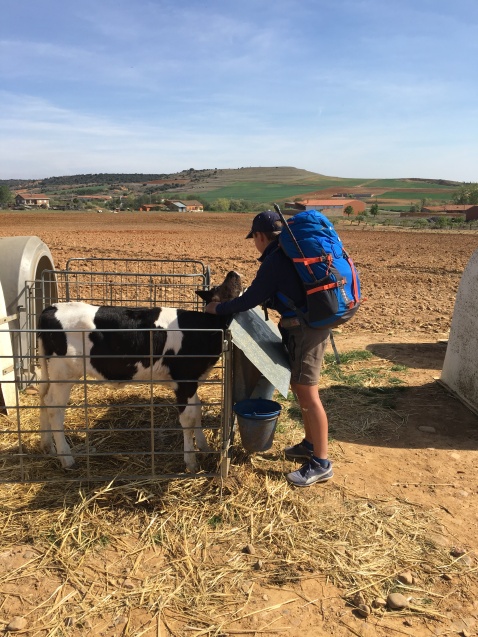 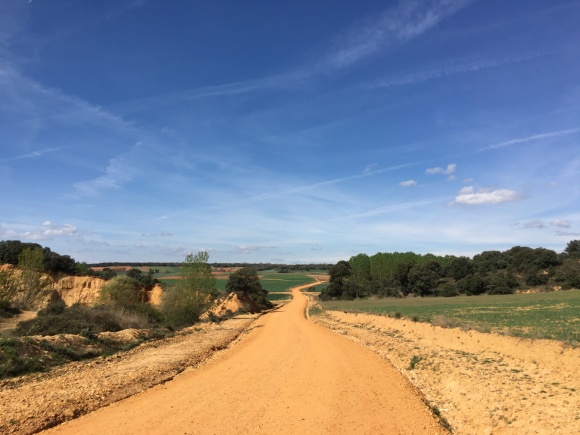 Just before we reached the cross that overlooks Astorga, we stopped, at what can only be described as a “farm stall”. The owner set up this unique resting spot along the Camino where pilgrims can get something to eat and drink in exchange for a donation. Here were many pilgrims gathered and it was great to chat and rest in nature with our Camino friends. 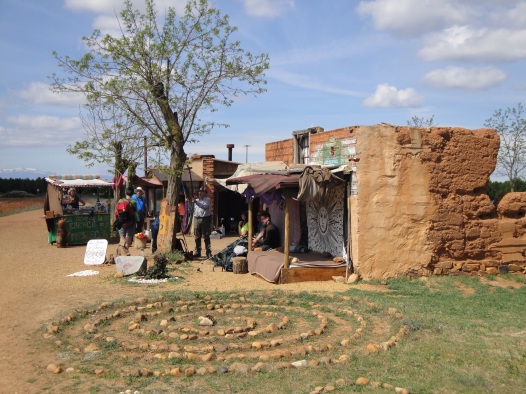 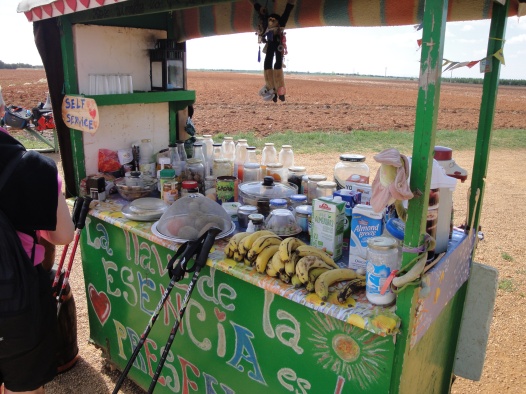 At Cruceiro Santo Toribio, we could see Astorga in the valley. According to Brierley’s guide, this stone cross commemorating the 5th century Bishop Toribio of Astorga who supposedly fell to his knees here in a final farewell, having been banished from the town. 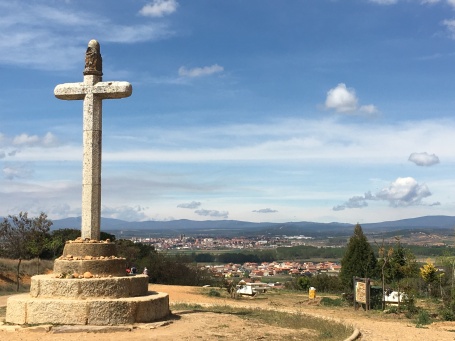 Cruceiro Santo Toribio (Astorga is in the distance)

We walked through a couple of small suburbs of Astorga, before finally reaching the town itself just after 14:00. The albergue, Siervas de Maria was at the entrance of the town and we decided to overnight here. It is a big municipal hostel with over 160 beds. Once again, we managed to get a dorm for our little group – our last night together. 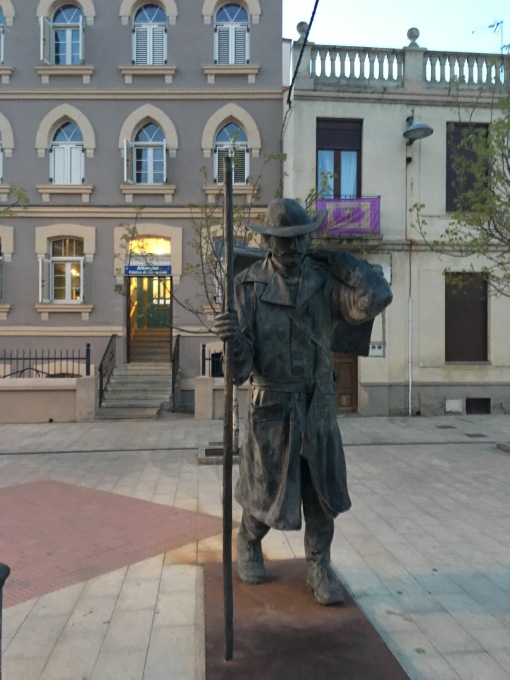 After our beds were made and everyone enjoyed a hot shower, we explored the city of Astorga. There were so many tourists in Astorga and the streets and restaurants were filled with people. One could see that it was holiday in Spain and people from all over were celebrating Easter and a long weekend.

We found a great restaurant with big hamburgers and even bigger beers! 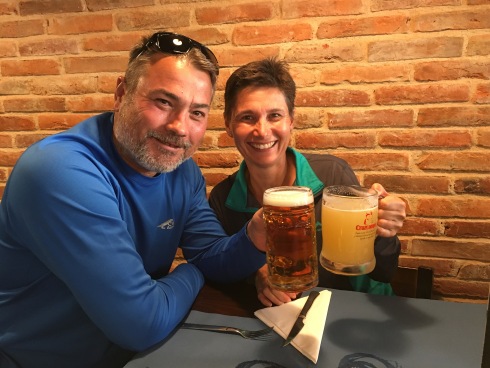 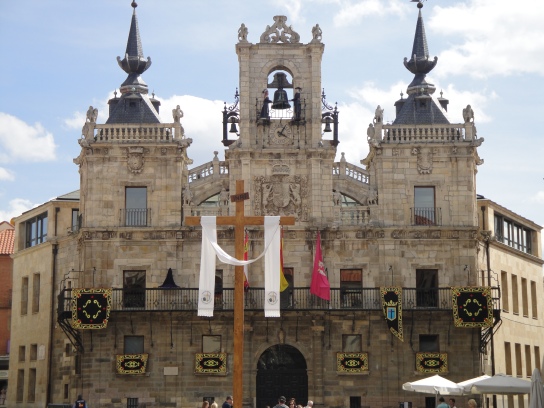 Plaza Mayor – according to Brierley’s guide, an ornate clock strikes the hour as two mechanical figures strike the central bell 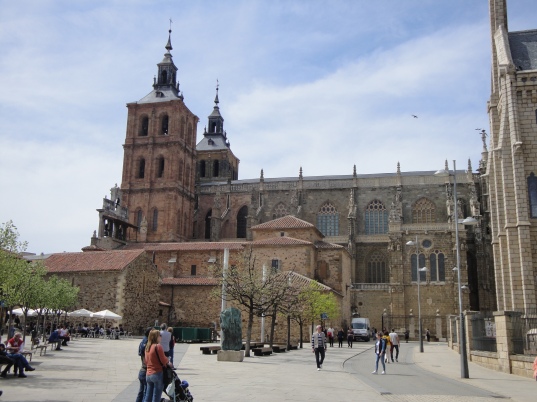 Towards the evening, we enjoyed a last few drinks at a bar where we shared our memories of the last couple of days on the Camino. Although we only knew each other for 5 days, we shared something very special and will always remember the bond that was formed between us … thanks to the Camino. 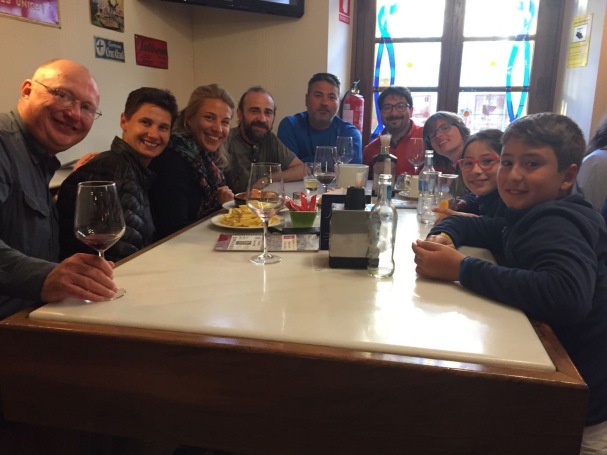 A bunch of very special people

Later that evening we saw the last of the processions for Easter weekend in the streets of Astorga. This continued late into the night, even after we all went to bed.