It was difficult to greet our friends this morning. Although they did not have to get up early, they were awake to say goodbye. We hope to see them again someday and wished them all the best.

According to Brierley’s guide, we were now heading towards the mountains, which mean we were officially done with the Meseta.

In retrospect, the Meseta was perfect to walk with our Camino friends. Because there were not much to see, we could spend more time chatting to our fellow pilgrims. I will always remember the Meseta as a piece of the Camino where we’ve formed new friendships. 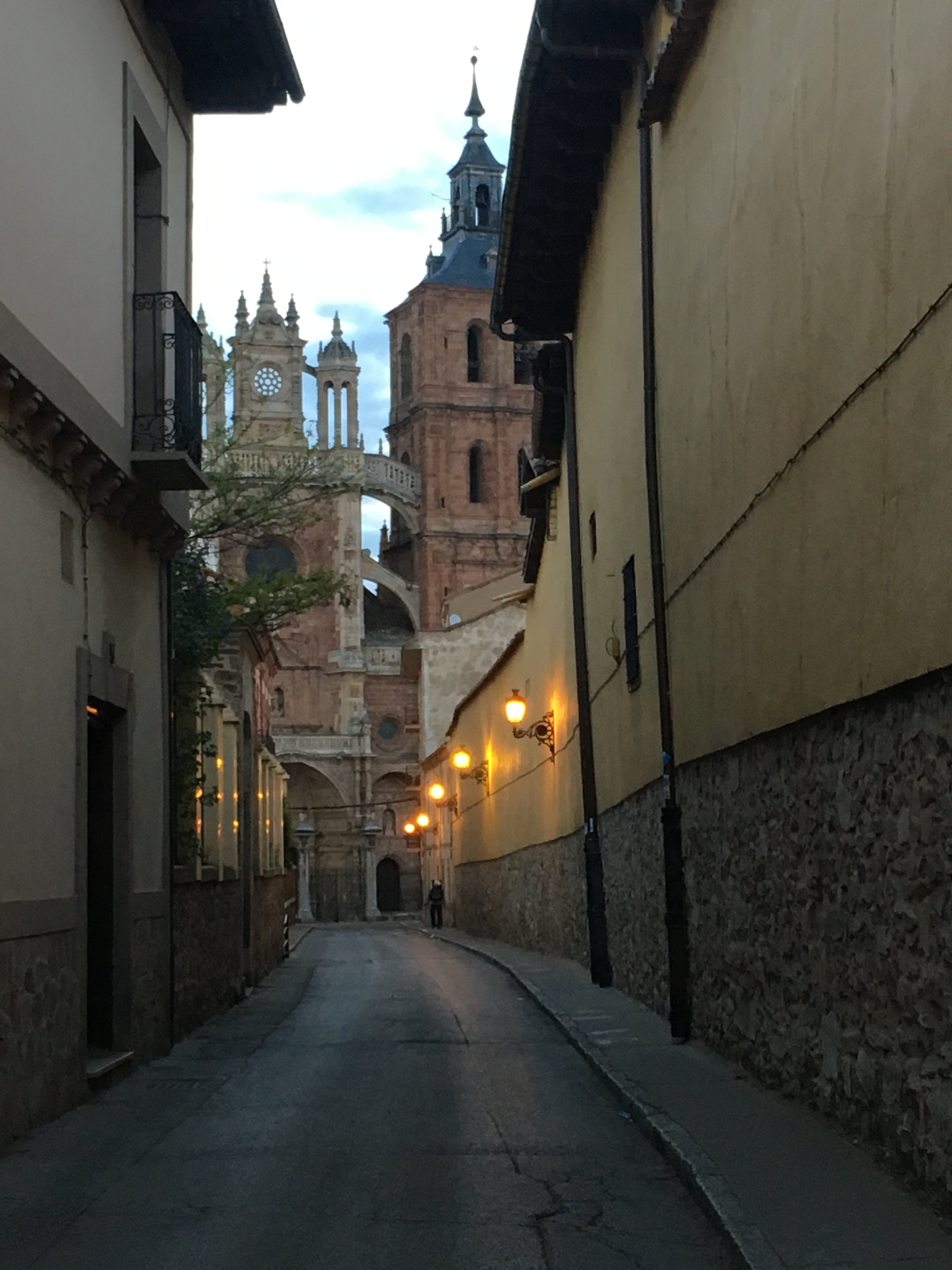 The first few kilometers were alongside a busy main road, but soon we’ve got to a pilgrim track.

It was interesting to see how the landscape suddenly changed from the previous days on the Camino to trees, grass and bushes that we have not seen before.

The landscape changed as we were walking towards the mountains

In Murias de Rechivaldo we’ve had a big breakfast to keep us going to Rabanal del Camino where we will spend the night.

On our way to Murias de Rechivaldo 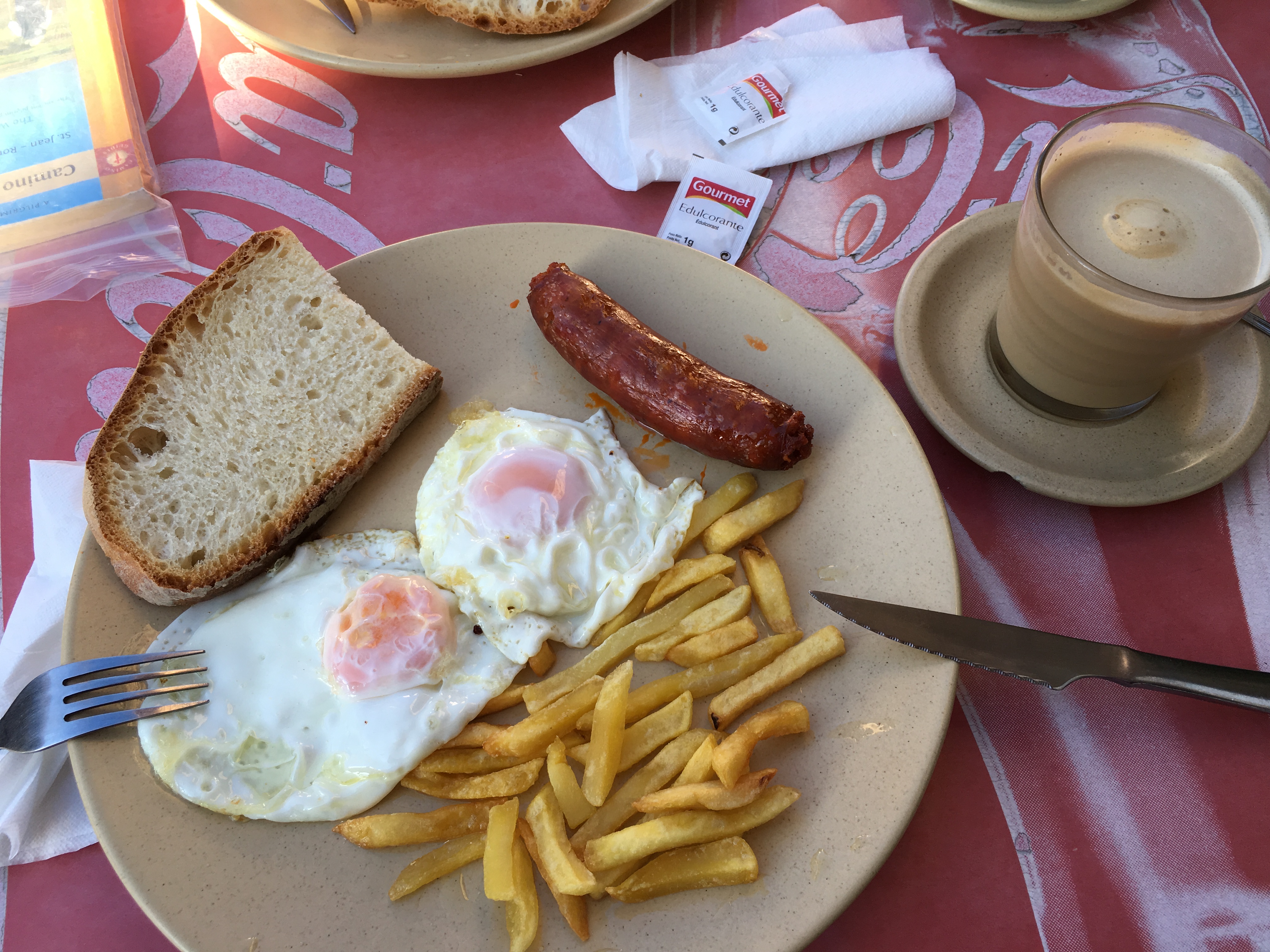 This is now a breakfast to enjoy!

About 2km before we got to Rabanal, we’ve walked through a dry woodland. I was amazed to see the self-made wooden crosses for almost a kilometer stuck on a fence. This was probably made by pilgrims that had some time on their hands … we’ve only stopped to take a few photo’s, but then moved along. 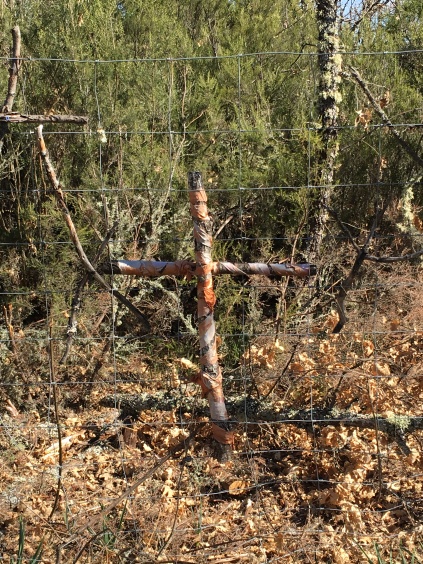 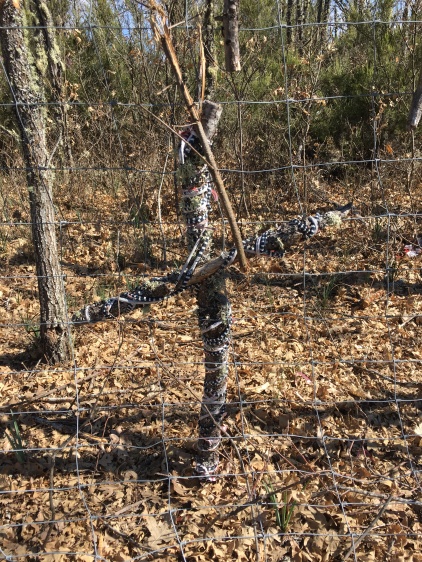 Wooden crosses on a fence – some artwork done by pilgrims

As we’ve got closer to Rabanal, we could see the mountains ahead, the higher peaks covered in snow. The scenery is now much different than what we’ve seen the past week.

We could see snow covered mountains in the distance

Just before we’ve walked into Rabanal, I saw two horses in a camp. As previously mentioned, I always find it difficult to walk pass any animal, without stroking them or giving them something to eat. Since there was an electric fence, I’ve opted not to stroke them, but rather gave them my last apple 🙂 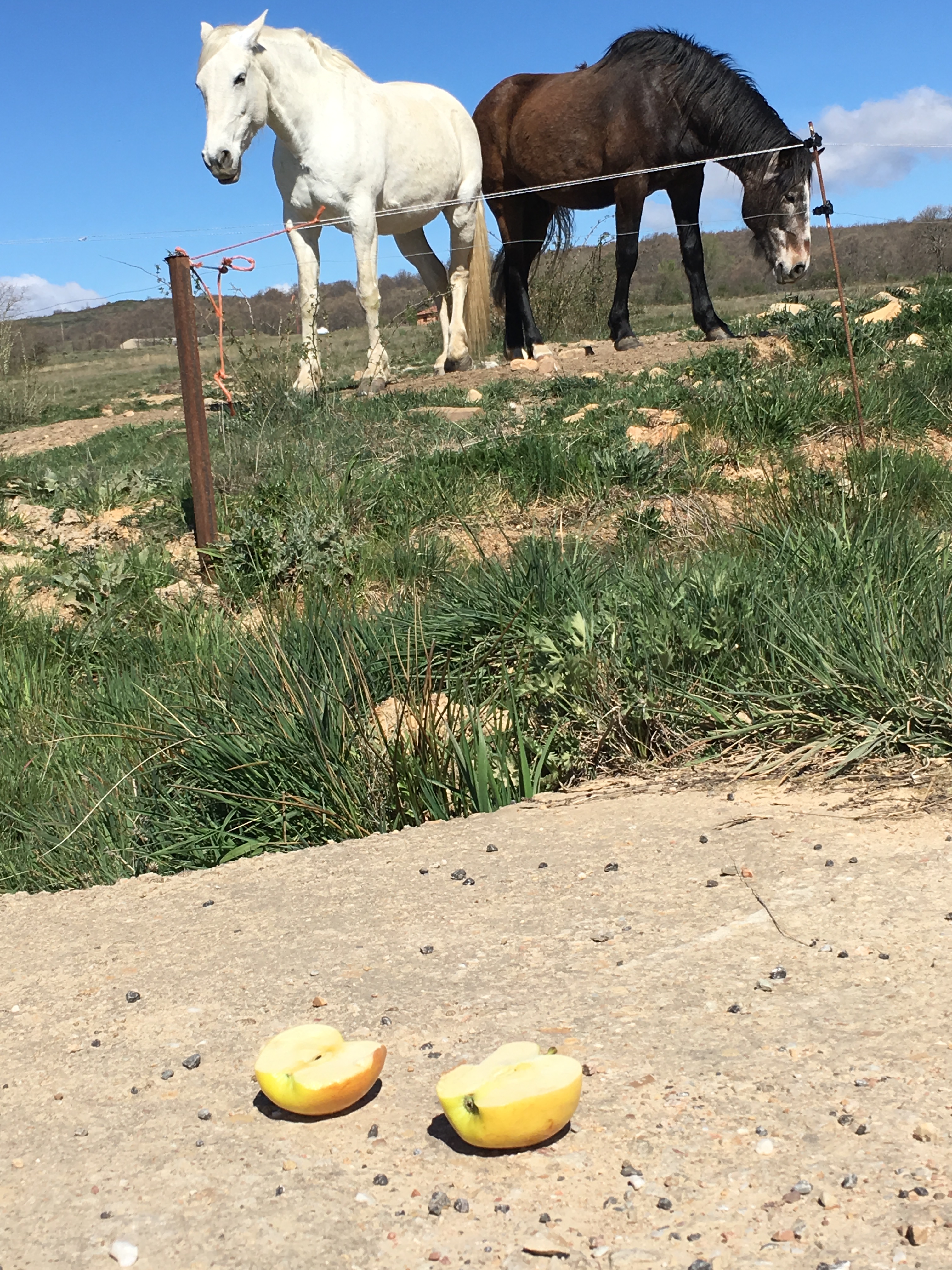 It was just after lunch, when we’ve arrived in Rabanal del Camino. We’ve stopped at the outskirts of the town at Albergue La Senda where we would spend the night. After we’ve made our beds and enjoyed a refreshing shower, we’ve had a few beers at the café next to the albergue. It was also time to do some laundry and while the clothes were on the washing line, we’ve relaxed in the garden opposite the albergue.

There is a steep uphill into the little village and we’ve walked halfway before we’ve decided to turn around – we will anyway walk this uphill again tomorrow!

The main street through Rabanal

At a small shop we’ve bought some snacks for tomorrow and the rest of the afternoon we were just chilling.

It was also here that we’ve met our first fellow South African pilgrim, Pieter. It was nice to have a conversation in our home language, Afrikaans – with someone else other than to each other!

We’ve had a nice dinner at the café next to the albergue and went to bed with a feeling of anticipation to walk to La Cruz de Ferro tomorrow.