One Sunday, our friends took us to the Manukau Heads. The Manukau Harbour is the second largest natural harbour in New Zealand by area.

The Manukau Heads are 100km from Auckland and the drive takes about an hour and a half from Auckland. So yes … quite a drive, but you end up on winding roads and over beautiful farms and mountains … definitely well worth a visit. 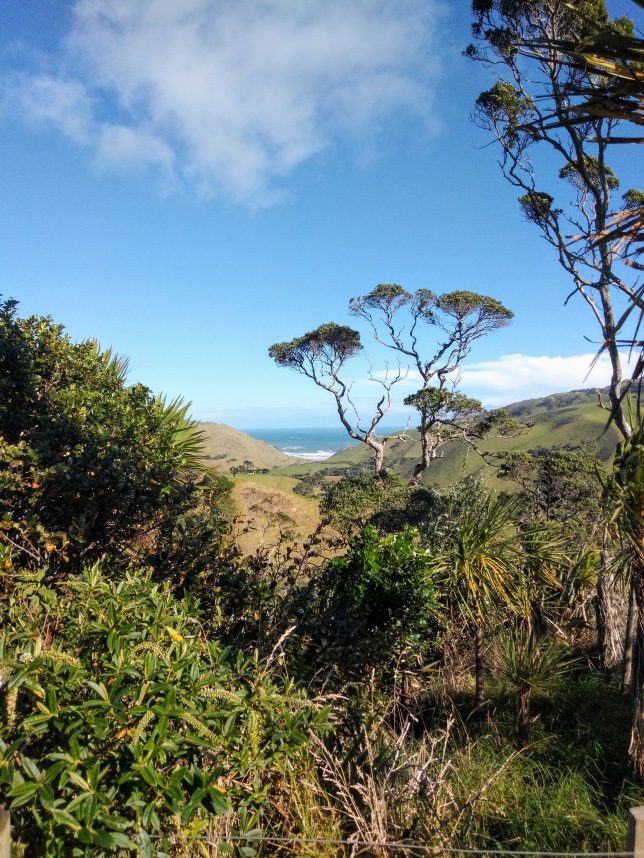 Deep valleys and views of the ocean, on our way to Manukau Heads

We stopped somewhere on these winding roads at a lookout point to eat pies … and out of the bushes a couple of chickens appear to eat the scraps from the ground … was quite funny to find chickens in the wild … but we saw this numerous of times on our drives … must be a New Zealand thing 😜. 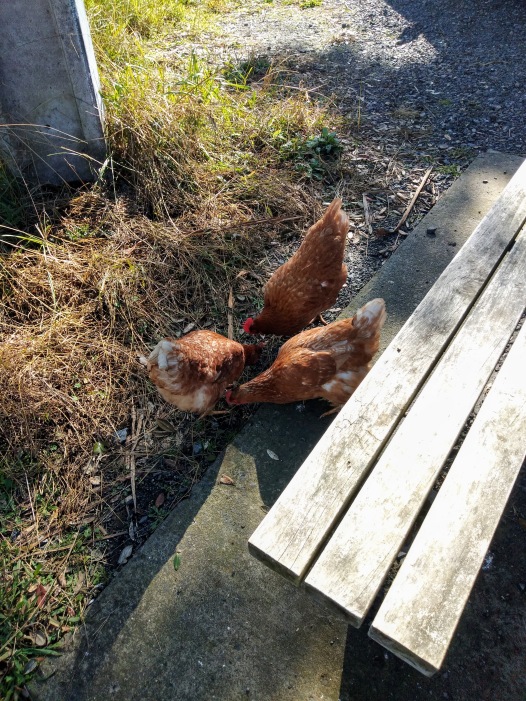 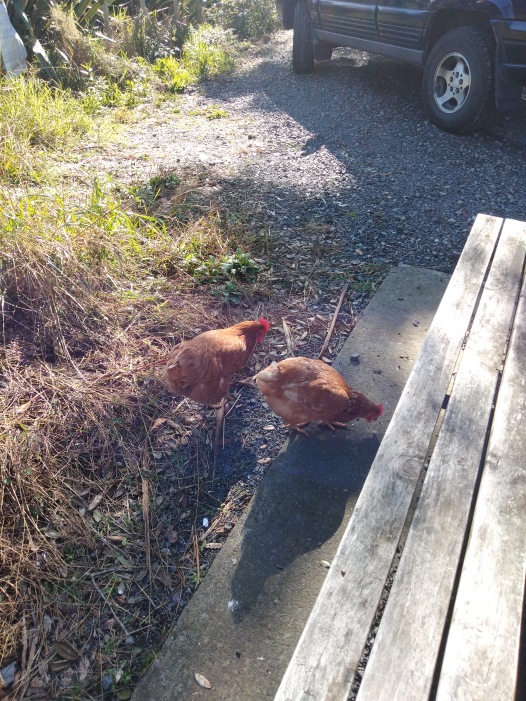 Chickens came out of the bushes to eat food scraps … and not scared of people at all! 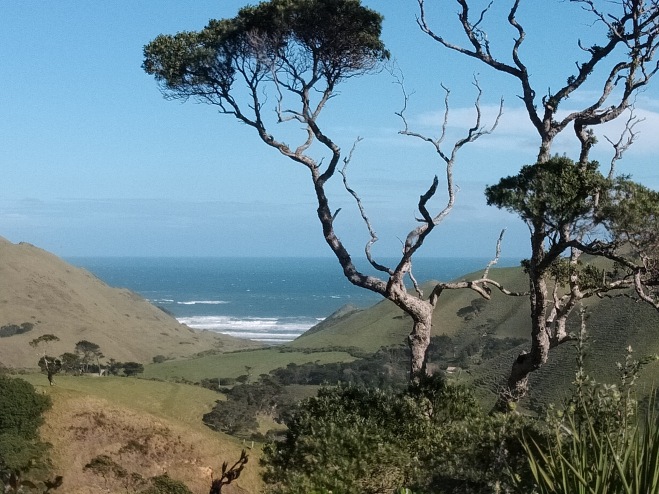 Glimpses of the west coast

There is a small parking area at the Manukau Heads from where we walked for 5-10 minutes to get to the lighthouse.

The view from the lighthouse down to the ocean was beautiful and we took a stroll around the area to take some photo’s of the stunning scenery. 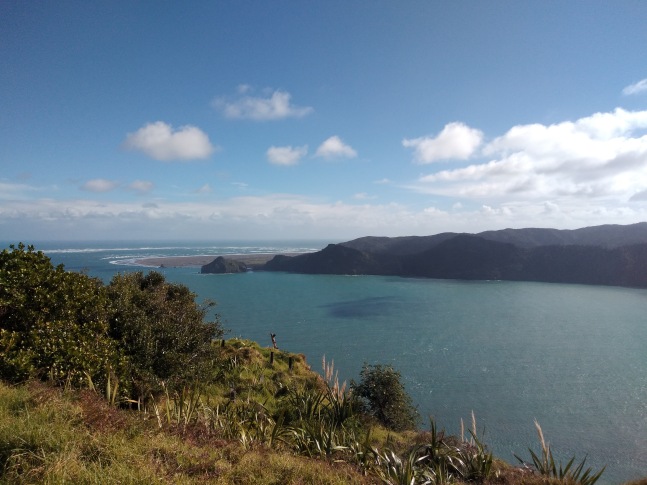 What a lovely view!

From the heads the big ocean is clearly visible

Berto and Werner went a couple of times with a friend to catch fish with his big boat. And they always left from Manukau harbour and then Nick would take his boat through these heads, cross the Manukau bar and out to the open ocean … we enjoyed a couple of times freshly caught snappers over the grill. 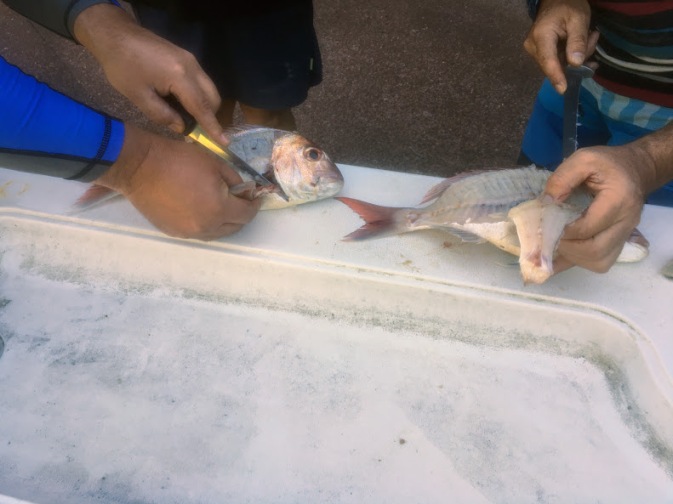 Busy cleaning the fish … and then packed snappers to enjoy later

… But hey, hang on … let’s get back to our visit at Manukau Heads …

We took the small flight of stairs going up to the top of the lighthouse from where we could have the Waitakere ranges in full view.

More views from the top of the lighthouse

Berto at one of the view points

The lighthouse has been standing for over 133 years and there are many information boards with history about the lighthouse. One that caught my eye, was about the HMS Orpheus that sank close to the Manukau Heads in 1863: 189 crew out of the ship’s complement of 259 died in the disaster, making it the worst maritime tragedy to occur in New Zealand waters.

The views were amazing and we enjoyed this trip out to Manukau Heads and its tiny lighthouse … and it was not just the lighthouse and its views that were great, but also the drive through rural landscape away from the city! 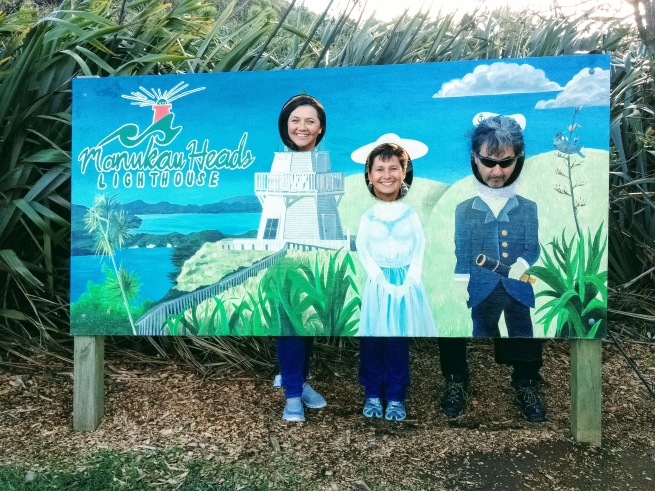 Me, Pearl and Werner having fun as we’re leaving Manukau Heads Lighthouse 😁