Our friends had something very special in mind on how to entertain us over weekends … sea trips on their yacht, Paragon!

I must admit – I’m not a keen sailor … the closest you’ll get me to the water, is in my kayak in our local lagoon … in not too deep water 😁 … get the picture?

Well, to experience a new country, you sometimes need to be a little bit more adventurous. So, we’ve joined them a couple of times on trips … and it was actually great (when the sea was calm!)

We’ve left one Saturday morning in March – bright and early – to overnight (in their yacht) in the bay of Waiheke Island, before returning back the next day. 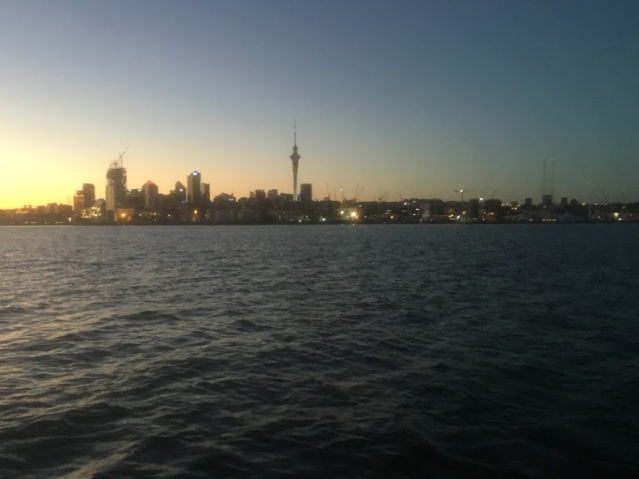 The Sky Tower in the middle of Auckland City

It was the first time that I saw a sunrise from a boat (or yacht for that matter) … and I must admit, it was just spectacular!

What a beautiful sunrise! 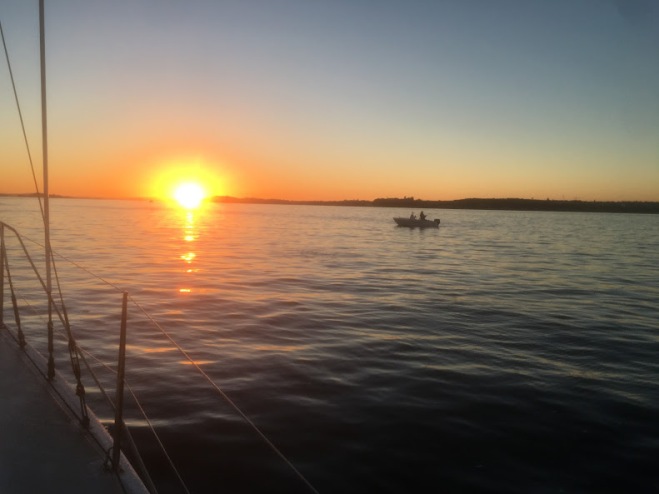 When I normally walk in nature on a beautiful day, my mind literally switches off … and to my surprise, it was almost the same on the yacht (after I’ve got used to the sailing motion!) It was the perfect day to be out on the sea, so much so, that Werner gave Berto an opportunity at the yacht’s steering wheel.

Berto at the steering wheel of Paragon 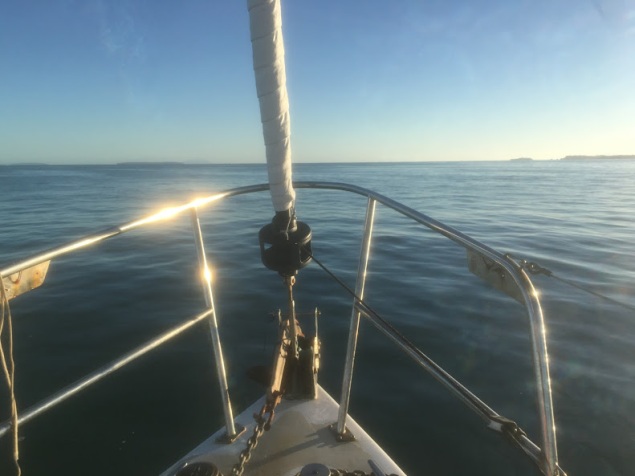 A beautiful day on calm waters

We were surprised by all the small islands as we’ve left Auckland Harbour. Now that we’re out on sea, we could clearly see all these islands – it was great to sail so close to them. Werner stopped at one small island, where they’ve dived in and swam to the beach.

An island with a tiny beach

Berto dive off Paragon to swim to the nearby beach

Once we’ve got to Waiheke Island, Werner took me and Pearl with the tender (the small boat at the back of the yacht) to the beach. Pearl took me to a nice viewpoint – we could see the bay where the yacht was anchored on the one side and Auckland City on the other side.

A sea view as seen from Waiheke Island

Waiheke Island is the most populated and the second-largest island in the Hauraki Gulf of New Zealand. It is a haven of beautiful vineyards and olive groves. Should you want to take the ferry from downtown Auckland, it will be a 40-minute ride. 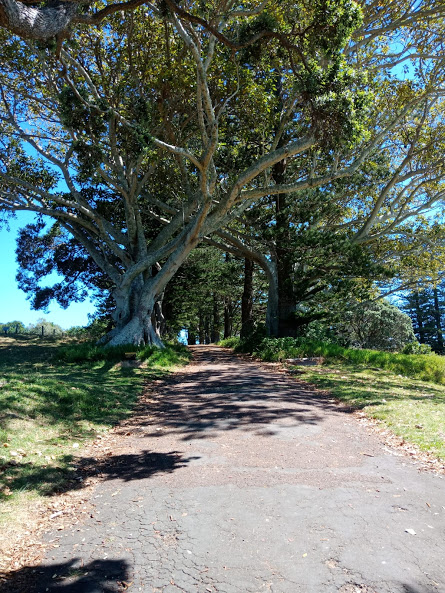 Plenty of yachts in the bay at Waiheke Island 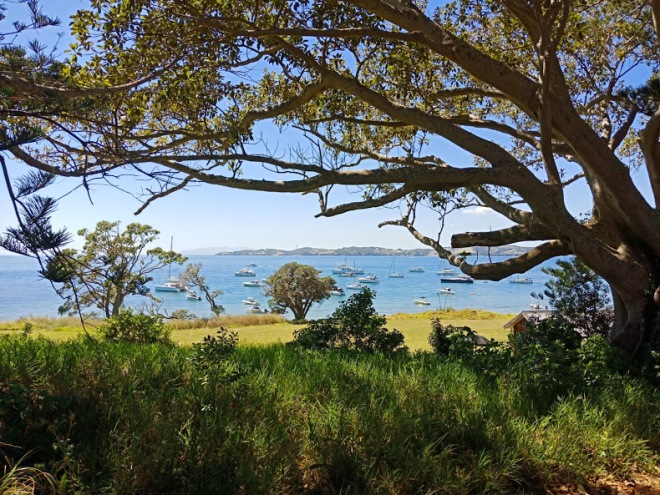 Back at the beach, Werner and Berto joined us and we’ve walked up to the little town center of Waiheke. There are plenty of shops and restaurants and one can see that this is a very popular island to visit – tourists were filling the streets and little curio shops. We’ve had a drink at one of the many bars overlooking the bay and returned late afternoon back to the yacht.

We’ve enjoyed a late evening on the deck of the yacht, before we all went to bed.

The next morning was perfect weather for Berto, Werner and Pearl to take a swim in the bay, close to the yacht.

Time for a swim …

We took a very lazy stroll with the yacht back to Auckland and only arrived late afternoon … it was my first trip on a yacht and one which I’ve thoroughly enjoyed!