(If I had to choose a heading for today’s post, it would be: THAT bus trip to Fromista …)

As my bus would only depart at 17:30 in the afternoon to Fromista, I knew that this day could be a very long one!

I had a nice hot croissant and coffee before exploring the old city of Burgos a bit. Although walking was not too much of an issue – the knee guard definitely made a difference – I was aware that I needed to rest as much as I could possibly can, in order to continue walking tomorrow.

With this in mind, I’ve found my way easily to the bus station to wait for my lift to Fromista. Since I can remember, I’ve loved watching people – whether it is at a busy airport or shopping mall – I can sit for hours and “make stories” of people coming and going. It was the same here at the bus station in Burgos and since it was Friday, it was really busy. Old people, young people, tourists and pilgrims … a diversity of cultures … there was almost an excitement in the air as everybody was going somewhere for the weekend.

It was funny how some of the elderly gentlemen came to sit next to me (although there were plenty of other seats available) and trying to make some conversation … but when they’ve realised my Spanish was non-existent, they would just sit there and smile at me☺️ … we’ve done a lot of smiling …

In the meantime, Berto was walking from Hontanas. According to him it was so cold during the early morning that his camera actually shut down due to the cold! But when the sun came out, he managed to take some beautiful photo’s on his way. 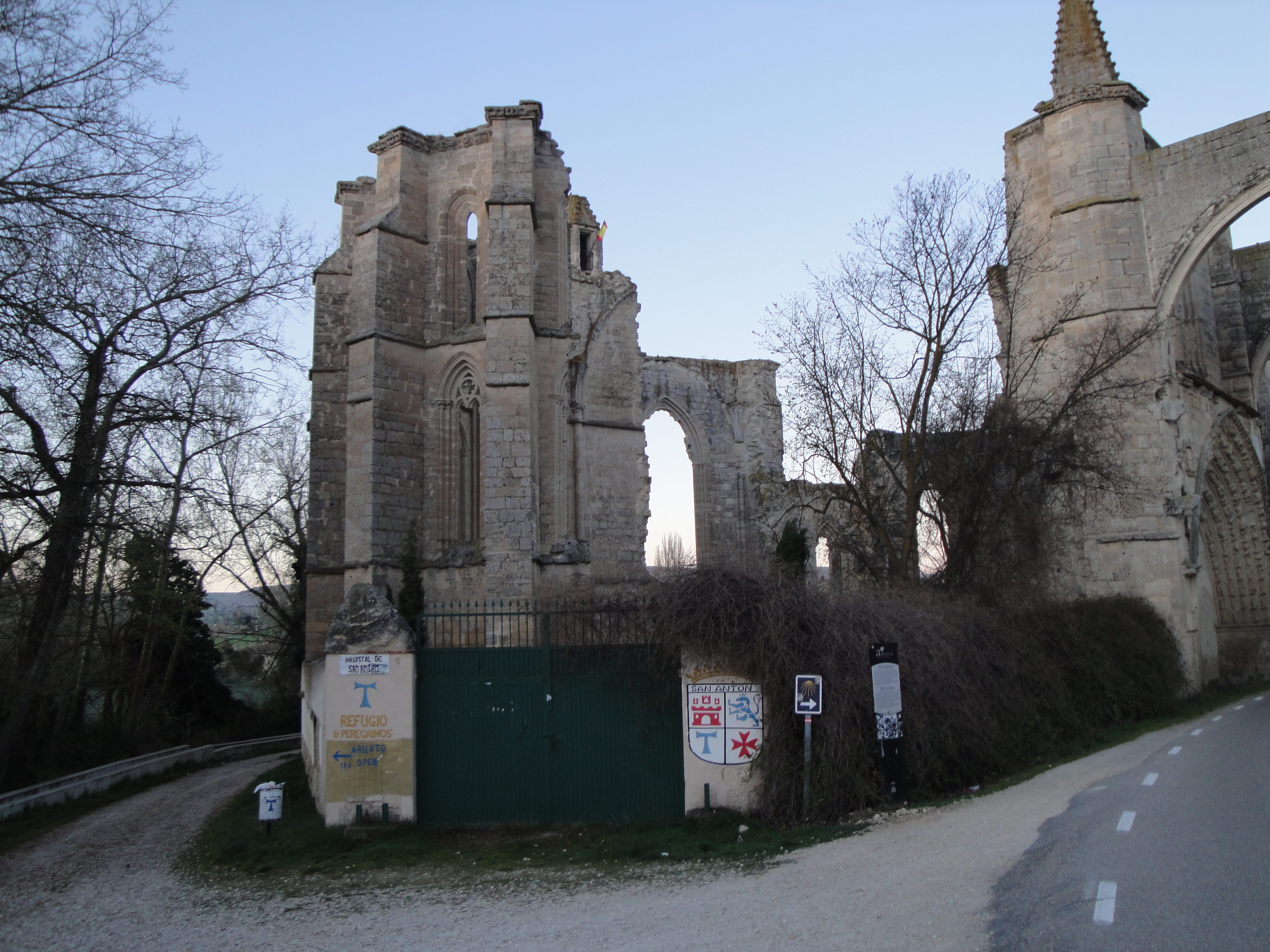 The entrance to San Anton 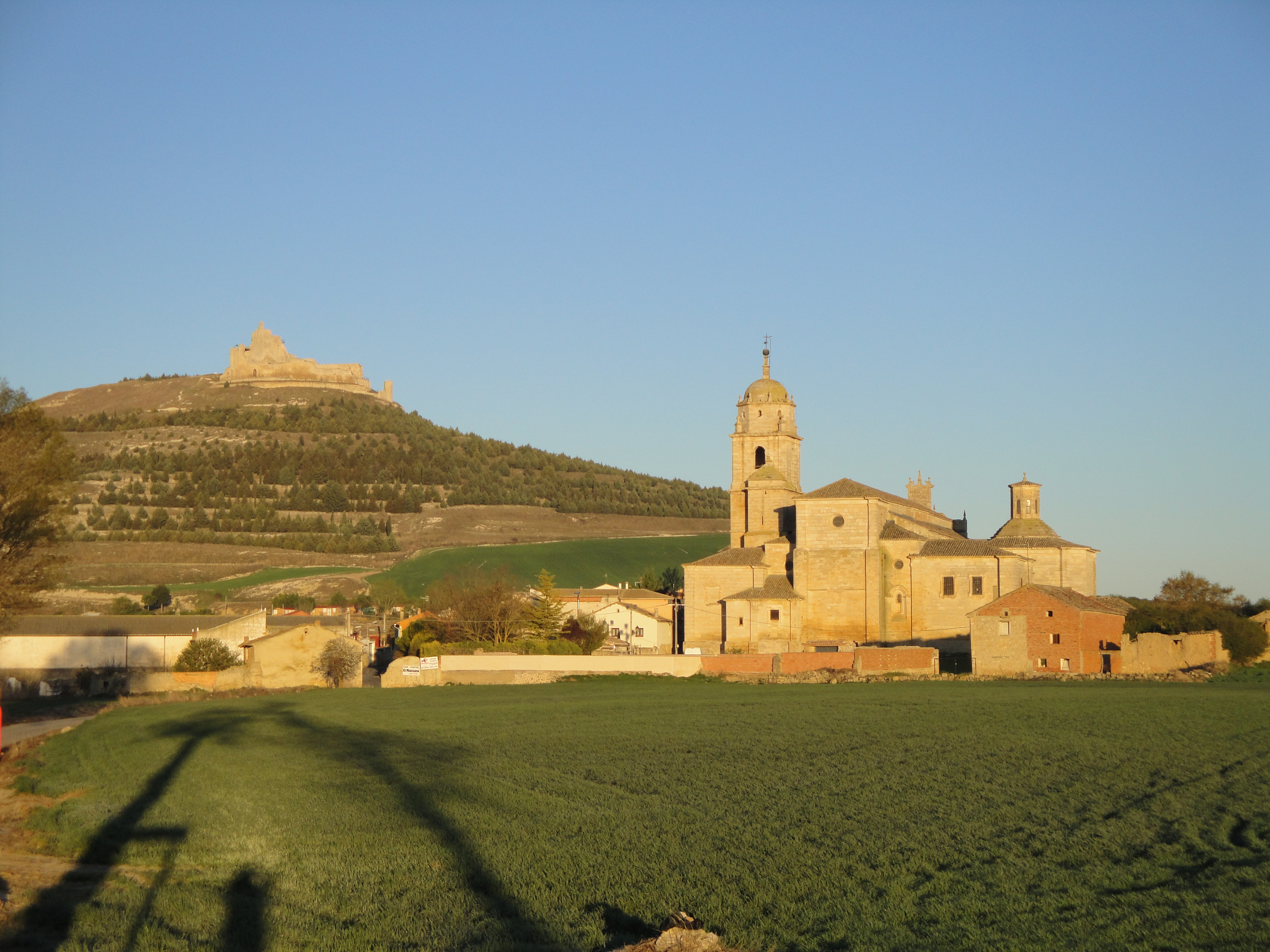 The prominent castle over the town of Castrojeriz; a well-known landmark on the Camino de Santiago

Castrojeriz village is considered as one of the landmarks of historic interest in the Camino de Santiago. Its rich history may take up consideration as castro Visigoth, or perhaps, also, Roman fort, (they say was founded by Julius Caesar) in whose castle important battles developed between Christians and Moors.

The first mention of this castle dates from the 9th century during the skirmishes with the Muslim forces. There are three clearly differentiated sections: the Roman part (which is today reduced to an almost hidden square tower); the Visigoth part comprising the extension to the castle with different masonry work from in the Roman part and then the medieval part.

A steep climb out of Castrojeriz to the Meseta

As John Brierley says in his book: “What goes up, must come down” – the view back over the valley after the climb 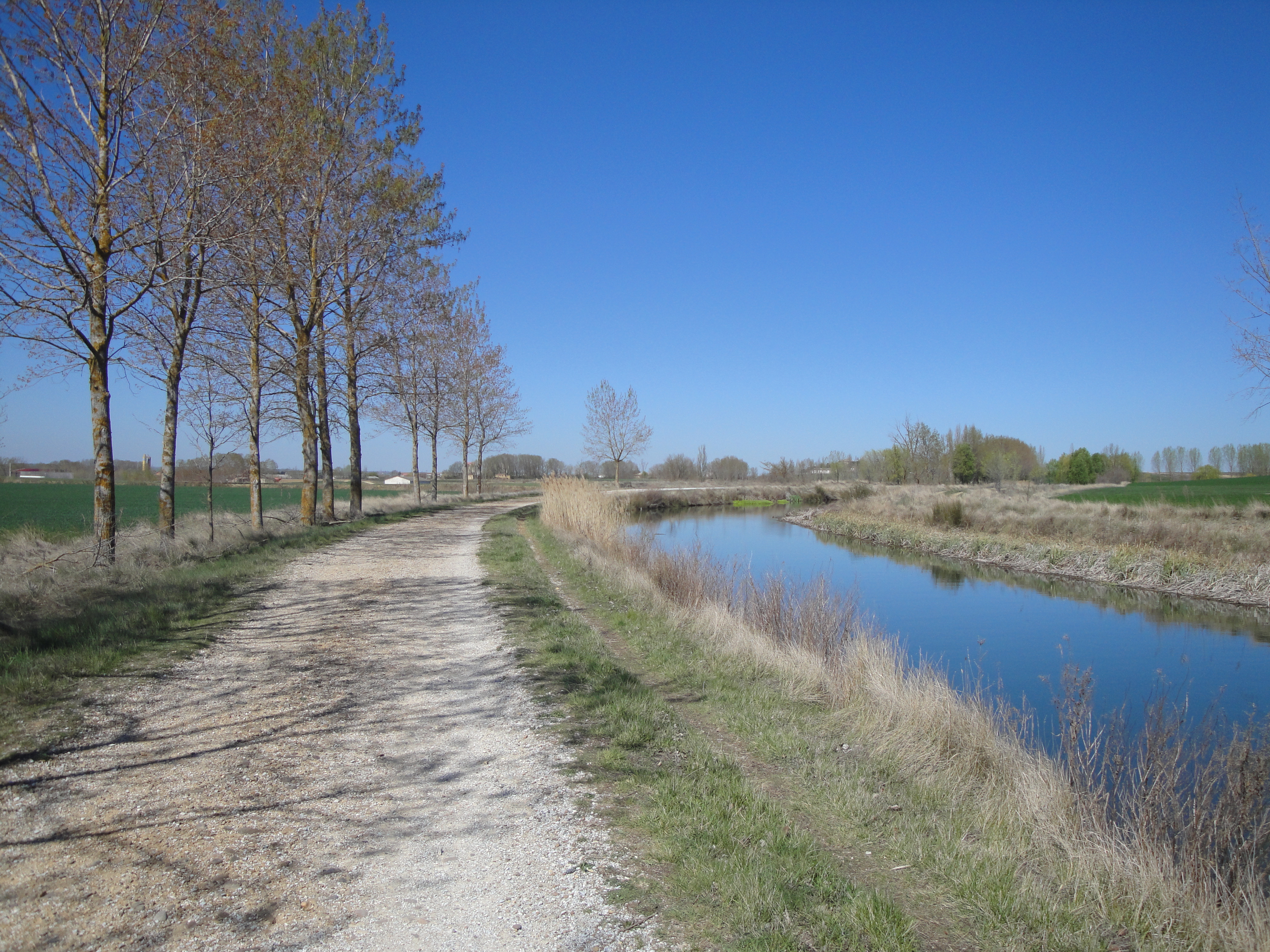 The Canal de Castilla that flows into Fromista

Back to my bus trip …

At 17:30 I’ve found bus stop number 10 and got on my bus with my ticket to Fromista. The driver spoke very little English and just showed me to a seat when I’ve presented my ticket … ok, so hopefully that meant this bus was going to Fromista!

The previous night I’ve checked on the official website of the bus services that the bus would stop 17 times before it would get to the final destination, Fromista … I’ve written each name down in my little notebook and as we’ve left Burgos, I would tick off the name of each place where we’ve made a stop … silly, I know 😌 … but this way, I was making sure I was going in the right direction or telling someone where I am if I get lost!

As the bus got closer to Fromista, more and more passengers would get off and eventually I was the only one on the bus for the last 4 stops. The bus driver still stopped at every little town, got out at the bus stop and had a little chat with the ladies standing there. A few minutes later, he would get back on the bus and almost looked surprised that I was still there. He would then just asked with a frown “Fromista?” and I would say “Yes” and then we would drive on.

It was actually so funny that I could almost laugh … if I wasn’t so anxious about the outcome of this trip!

As we drove into Fromista (at last!), he asked “Albergue?” and then I realized that me and Berto never arranged a meeting point … oh dear!

At that very moment my phone rang and it was Berto. He asked where I was and I said we just drove into Fromista. He then said that he can see the bus and I must ask the driver to stop right there. I’ve yelled “Stop!” to the driver and to my surprise, he has done exactly that – in the middle of the road. I’ve pointed towards Berto, that was running in the direction of the bus and said “My husband” … the driver just smiled, got out of the bus and offloaded my backpack. I thanked him with a warm South African smile and hugged my dear husband … it is difficult to explain how relieved I was!

Berto’s got his own story of how he was trying to find out what time the bus would arrive in Fromista and where it would stop … at last one of the owners of a bar gave his cell phone to Berto to phone me because they could not understand him … and the timing was just perfect!

Lesson learned: Sometimes (or actually most of the time) you must have faith that everything will be fine!

We’ve celebrated our reunion at the Albergue Estrella del Camino with a beer while we were sitting in their lovely garden and later had delicious food from the pilgrim’s menu at a restaurant. 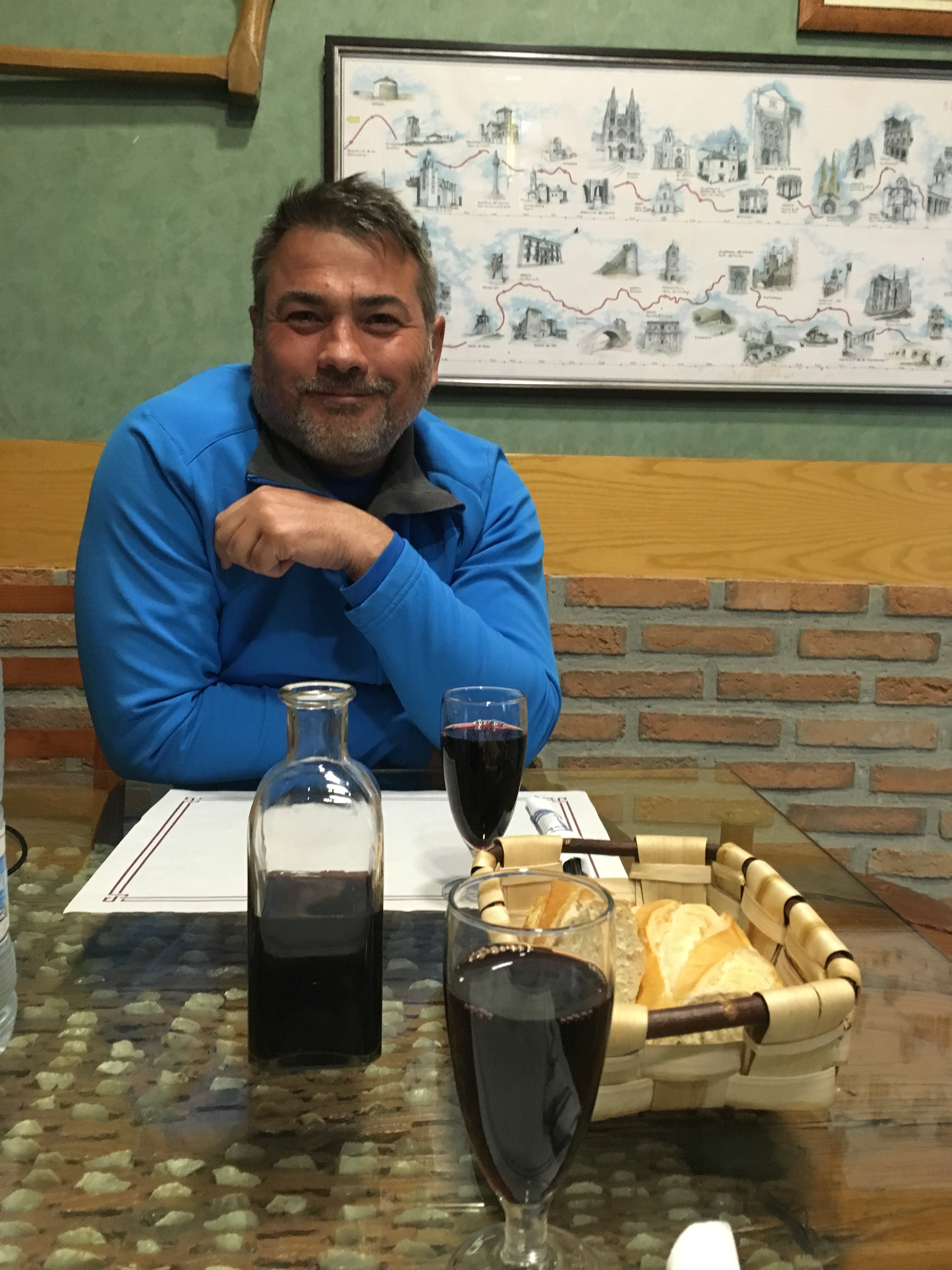 Cheers with “Vino tinto” on happy moments like these!

I said to Berto that I’m sure this bus drive was more exhausting than walking to Fromista!

But I’m happy – really, really happy – that we will start walking together again tomorrow!