The one thing I learned that is very prominent on the Camino, is that there is just no way that one can sleep late! And it is not that you don’t want to sleep in a little bit – I mean, you are after all walking every day long distances. But the moment someone is packing up (even if it is done were quietly), you also feel the need to put your sleeping bag away and get your hiking shoes on!

We therefore, left once again early. It was a beautiful morning as we left the albergue with Monica, Carl and John. We saw the moon setting in front of us and the sun rising from behind … such a picturesque moment!

The moon setting in the distance

We were not on the preferred route today (the “Calzada Romana”) as marked by John Brierley in his guide book. On the “Calzada Romana” route there were no towns, shops or asphalt roads – which I must add, is most of the time a great walk. But Carl wanted to introduce us to a special place today and we therefore took the alternative route. After 7km since we started our walk, we reached El Burgo Ranero where we enjoyed freshly squeezed orange juice.

It was just after El Burgo Ranero that we saw our “Three wise men” pilgrims from Korea/USA again. They were in good spirit and we walked together for some time … while the men walked in front, Monica and I strolled comfortably behind and chatted the morning away.

1 x American, 3 x Koreans (but also Americans), 1 x Irish guy and 1 x South African … they could be known as the “United Nations pilgrims”. On route to Mansilla.

I must admit that today’s route was not that beautiful. We were still on the Meseta and the brown landscape was hot in the sun … I can just imagine how dry this could be during summer time.

The entire route is alongside the main road. Fortunately for us the drivers were friendly and every now and then someone would hoot and wave at us … they probably recognised us as modern pilgrims!

As we walked into Reliegos, Carl told us that there is a special place he would like to introduce us to. We walked over to the very popular “Bar La Torre”, also known as the “Elvis Bar”.

On a previous Camino, Carl met the owner of this bar and promised to bring him a CD of his favorite music with his next visit. They were very happy to see each other and while they were exchanging comments on the music, the rest of us marvelled at all the memorabilia in the bar – on the walls and even in the roof! We then bought cold drinks to enjoy under the umbrellas outside the bar. It was now really hot and we were looking forward getting to our destination, Mansilla. 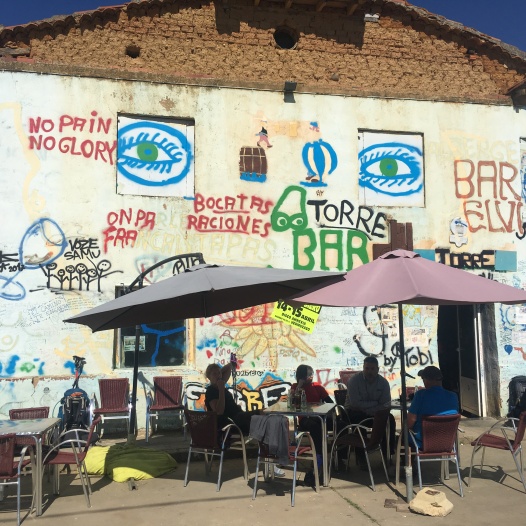 Fortunately, it was only 6km more to Mansilla. We were once again fortunate to each get a bed in Albergue Gaia. After we have done our laundry, Monica invited us for an ice-cream at a nearby gas station. 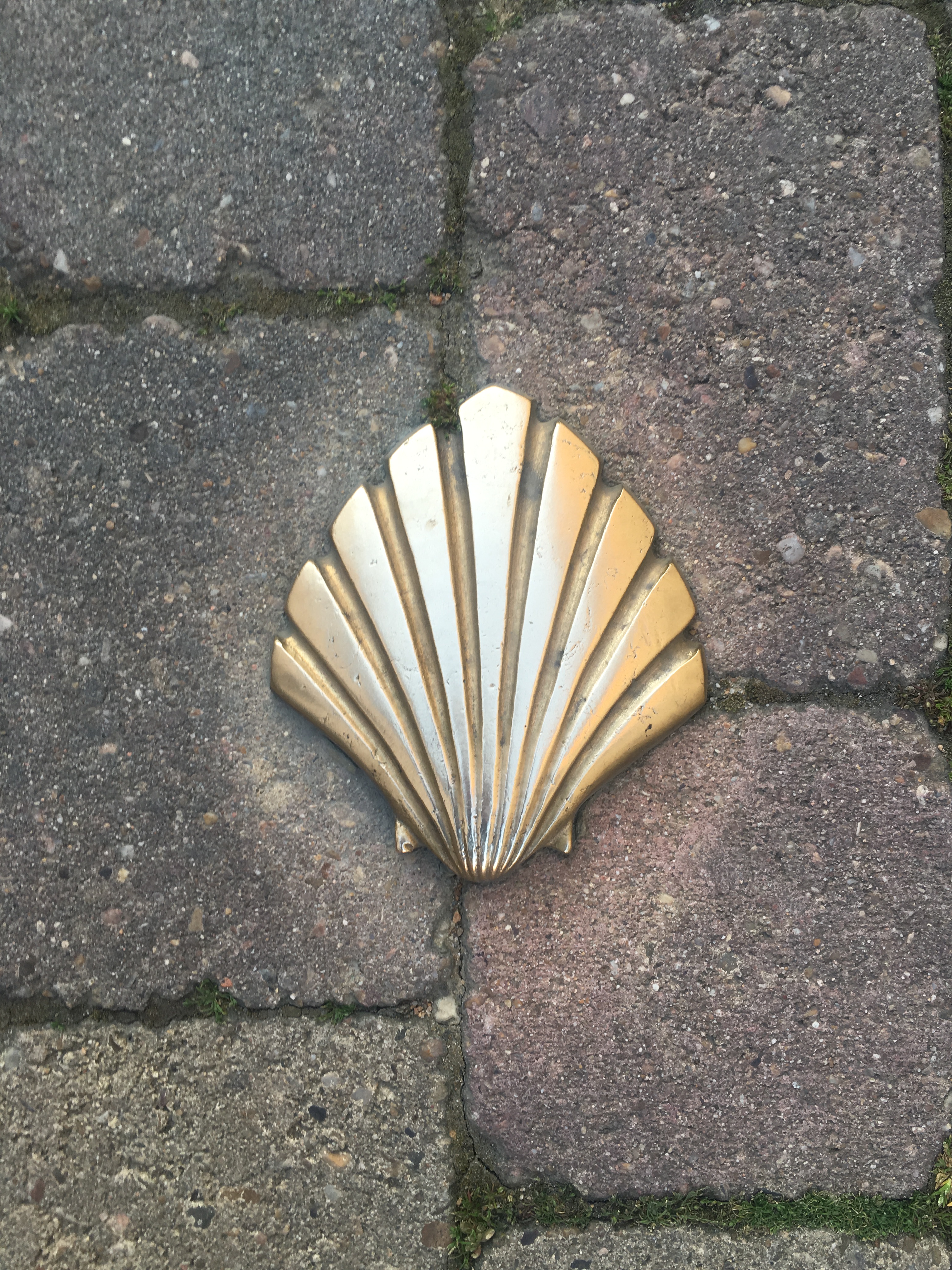 For lunch we gathered at the café of Albergue El Jardin. We spent most of our afternoon in the cool shade of the garden umbrellas with soft green grass under our feet. We had a couple of cold beers and enjoyed the afternoon after a hot walk through the barren landscape of the Meseta.

Relaxing in the garden of Albergue El Jardin. Gloria, Berto, John and a girl from France

Later that evening we watched a procession of Easter weekend in the streets of Mansilla. Since we are not Catholic and not used to this back in South Africa, we did not fully understand the extent of how they celebrate Easter weekend. Raul, our new Spanish pilgrim friend, explained to us how the processions are done and what the meaning of this was to the Catholic religion. 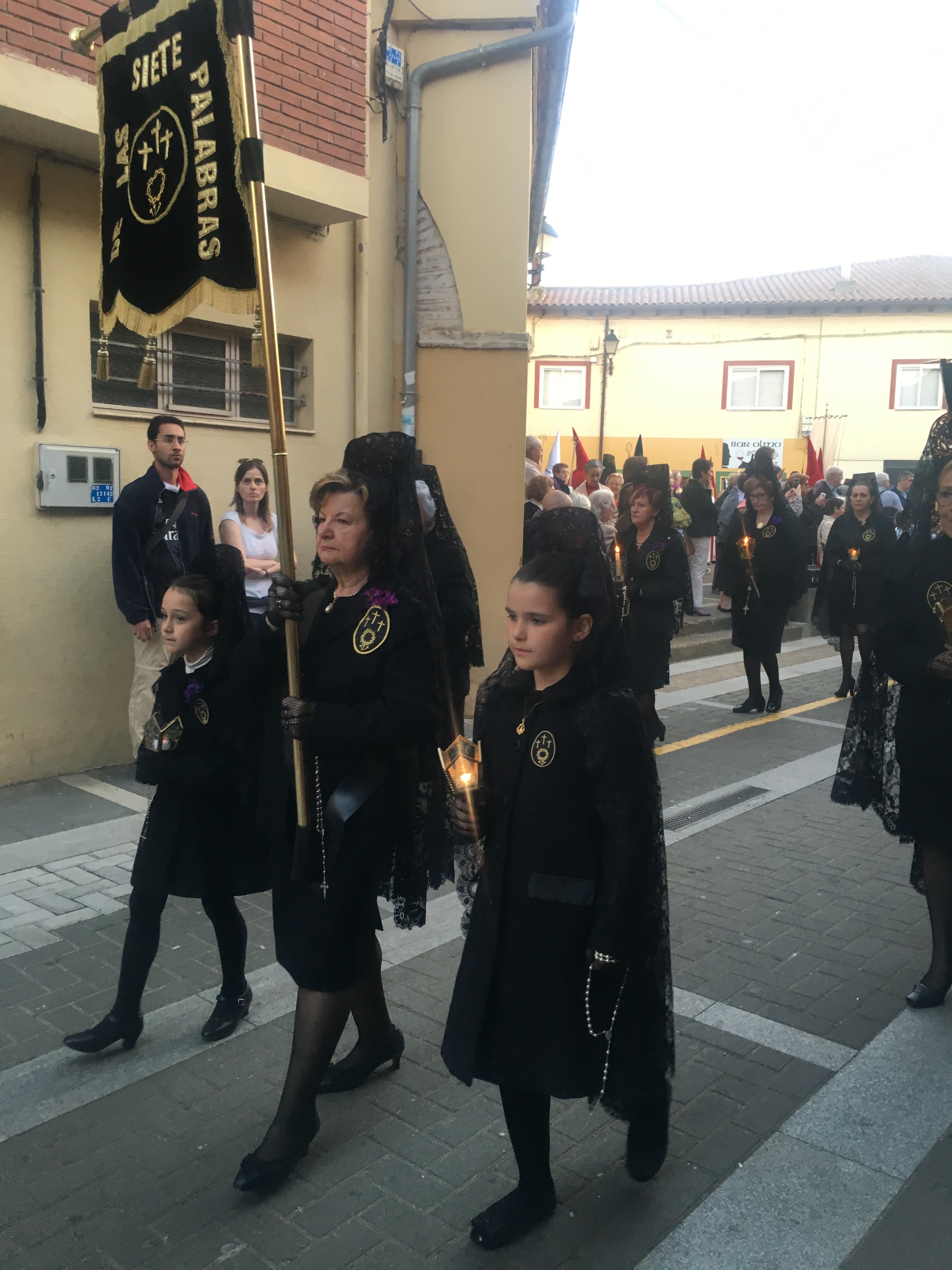 Processions on Easter weekend in the streets of Mansilla

Tomorrow we are heading to Leon, one of the largest cities on route of the Camino.

We were however still enjoying the quietness of the small town of Mansilla when we went to bed.